This looks absolutely spectacular. I just hope we'll see more 2d films in theaters after this.

It does look nice. I want to see it. Unfortunately it's not really getting a wide theatrical release . In the U.S.A. it will only play in selected theaters (I think in New York and Los Angeles only) for a short run , to qualify it to be submitted to the Academy Awards , but other than that I don't know of any plans to release it theatrically. It will be a Netflix exclusive . So I'll see it on Netflix. If it came to a theater near me I'd go see it , because I prefer seeing films in a cinema on a large screen.


Netflix, unlike mainstream Hollywood studios (for example, Disney) seems to be open to producing hand drawn animation : they've got "Klaus" , also the upcoming hand drawn "Green Eggs and Ham" series , and they have just announced that they will produce a hand drawn animated series based on the graphic novel "Bone" (by Jeff Smith).

I had read a few years ago that the Green Eggs and Ham series was being made with TVPaint , but I wonder if that changed ? Does anyone know? Because I know one of the main studios working on episodes of Green Eggs and Ham has been Yowsa! Animation in Toronto, and they use Toon Boom Harmony. I recall that the "Klaus" teaser trailer from 4 years ago was made using TVPaint for the animation and clean-up (and maybe the flat fill coloring ?) then the special texturing and lighting applied with other applications . But then when full production commenced on "Klaus" they switched to Toon Boom Harmony (I believe that Toon Boom signed on as one of the financial backers of "Klaus") Anyway, theoretically as long as everyone was using the same model sheets, the same clean-up line style, the same color models , same background styling , episodes of a show made in TVPaint and episodes made in Harmony would have no discernible difference in how the final product looks , so it's possible that one or more of the studios working on the series could have used TVPaint and others could have used Toon Boom Harmony (because the animation for Green Eggs and Ham is hand-drawn full animation, not "puppeted" animation with rigged characters ) . I wonder , too , if the upcoming "Bone" series will use TVPaint ? Recently I've noticed a number of photos and videos of the Head of Animation at Netflix, James Baxter, using TVPaint , so I think he likes TVPaint ... 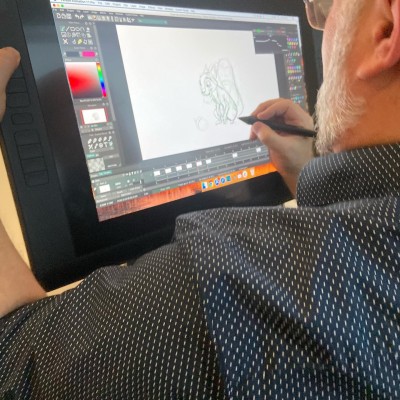 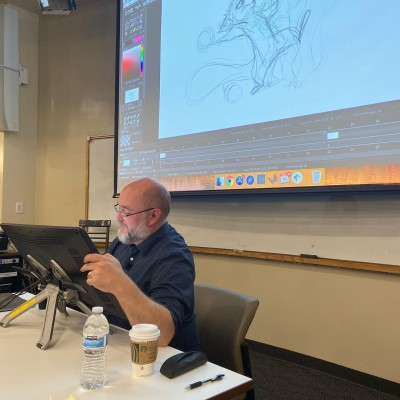