Show us your drawings and animation made with the TVPaint technology here !
Post Reply
14 posts • Page 1 of 1

Same procedure as every year:

@ Klaus: No, everything's been drawn in TVP, the characters animated in TVP, only the multiplane effect done in Moho. You're right, it would be too much effort for just a greeting card, but everything is stuff for my next project, "Rotkäppchen".

Last year I did a "trailer" for it, mainly to test some technical properties (animating in 4K cinemascope), I think the look has much improved now: https://vimeo.com/212365690.

Markus, would you mind to tell us something more about your next project ?

I know there are about 2000 Rotkäppchen-films. The whole idea comes from a conversation with a student, when I was explaining the principle of non sequitur, and took R. as an example. That was last year. I found the idea appealing and since then collected nearly 200 gag ideas - too much for a film, but I have to throw away a lot anyway. Since everybody knows the story there's no need to tell it. Instead I use and re-combine the elements over and over: Rotkäppchen, Wolf, Grandmother, Woodcutter, forest, hut, flowers, basket, bread and wine. I'm planning 5 - 8 minutes, with the aim to have a totally exhausted audience in the end (from laughing). 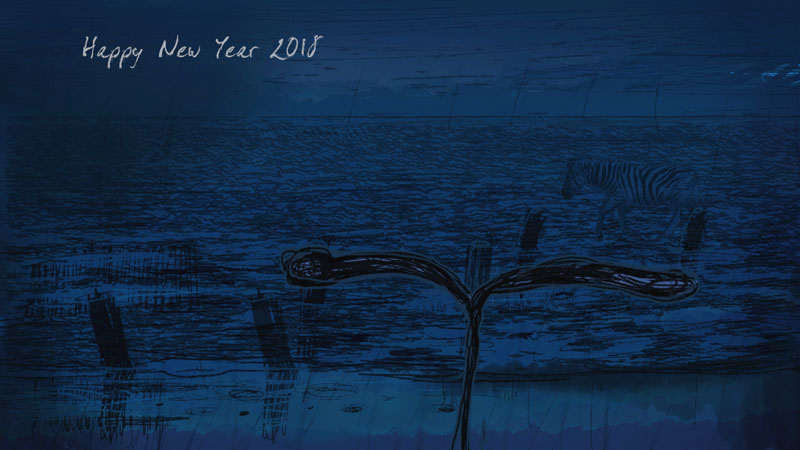 Hello and happy new year everyone !

Best wishes for this year and may your resolutions (if you have any) be kept !
Mac developer for TVPaint Animation.