Show us your drawings and animation made with the TVPaint technology here !
Post Reply
7 posts • Page 1 of 1

storyboard sketches composited on the footage

The concept of this film was developped by Ogilvy and Onesize and i was then approached to create the 2D animation.
The first step for me was to make a storyboard, this was conceived in 2 days together with the creative director who was writing his lines all the while i was skething out ideas in a moving storyboard (in tvpaint) of the actions that could accompany his text.
The text is a rhyme through which a grandfather adresses his newborn grandson.
On the basis of the moving storyboard a camera set up was made in cinema 4D for the timelapsshoot.
the timelaps was shot in one long day and from this material an edit was made with the "empty"letters
The rough animation was done in a week and composited on top of the letters in after effects, when that edit was approved i could start the clean up (which in this case was not such a good term because of the roughness of the final line)
When this in term was aproved by the client, i added the final smear/erase effect by manually smudging each single frame. 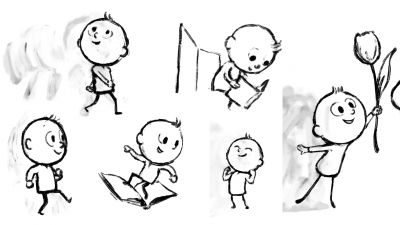 The final part of this production was the print material. I had to bring a selection of 12 stills from a resolution of 1920X1080 up to A2size at 300 DPI 7000X5000 (!)
which i achieved by tracing over the upscaled originals.
I worked on a powermac with two monitors. the machine had no problems dealing with these huge resolutions 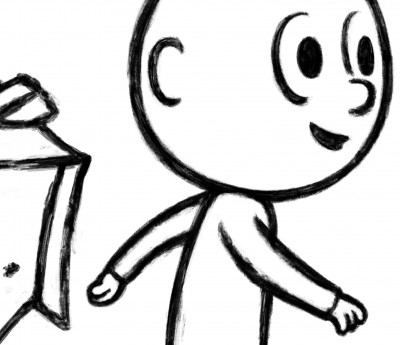 cut out from one of the hi-res illustrations

this is v impressive, thanks for sharing your process - i like the smudges.
Top