Show us your drawings and animation made with the TVPaint technology here !
Post Reply
2 posts • Page 1 of 1

In this exclusive interview on Cartoon Brew (click through the link to see the "Molesworth" trailer) Uli Meyer mentions TVPaint.


"I made the St. Trinian’s test on frosted cel with a nib and ink.

I then did another test on TVPaint, and compared both, and you couldn’t see any difference.

We’re planning to do [Molesworth] all on tablets — I don’t think you could find a big enough crew who could handle frosted cels and ink tracing.
The teaser was drawn in TVPaint. We’ve used a lot of textures that were hand-painted, hand-drawn, to create backgrounds. All the characters and layouts were drawn digitally." 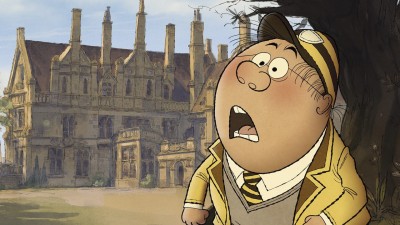 Some more quotes from the interview:

Camilla Deakin (producer): Because there are quite a few films made in Ireland, France, Spain, increasingly in traditional 2d, and quite often in TVPaint. The very top-flight 2d animators that have feature-quality skills are in demand, and tend to be a fairly mobile workforce — or they work from home.

Uli Meyer: I’ve got lots of friends in animation all over the planet. I’d have a wish list of animators who I’d love to work on this film, and I know a lot of them want to. I think there’s a lot of new, amazing talent out there, especially on Klaus.

I think there’s a 2d revival; if you’re very good at it, you can still have a career.

Camilla Deakin: I’d agree with that. When we did ‘Ethel & Ernest’, we had a bit of a shortage of artists. So we reached out to all the animation schools in the U.K. that had 2d courses, and set up some training with ScreenSkills[’s Animation Skills Council].

We trained them up in TVPaint, and I have to say that some of the people who came up through those schemes are now among the best animators in the industry.

Thank you very much for this publication! It is a very interesting animation project!