Show us your drawings and animation made with the TVPaint technology here !
Post Reply
2 posts • Page 1 of 1

I noticed this in the recent edition of Animation Magazine:


Germain says the animation was produced in Angoulême, which is where the live-action shoot also took place. “The animation team comprised a maximum of 15 people,” he notes. “We used a variety of software: TVPaint for animation, Fusion for compositing and Blender for a 3D object (the car) — these days in 2D animation, when there is an object that has to remain consistent, we use 3D software.”

The animation director says the main inspirations for the piece were two classic Belgian comics, Tintin and Blake & Mortimer. “The animated sequence had to have a singular look, but with light references to these popular comics,” he notes. “But the challenge was to adapt and mix the two different references. We also had to produce simple visuals which were dense at the same time.”

“The whole process of animation took about seven months,” he tells us. “Two months of pre-production work and five months of full production. All throughout the movie there are many short comic-style static sequences that tell the story. So, it made sense to have an animated sequence, as if we were inside the comic.” 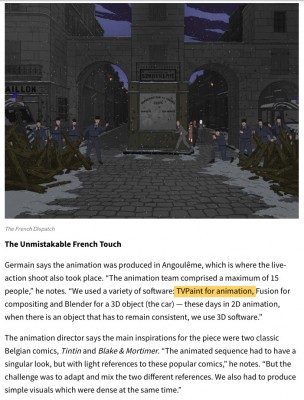 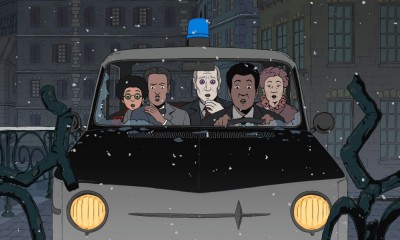 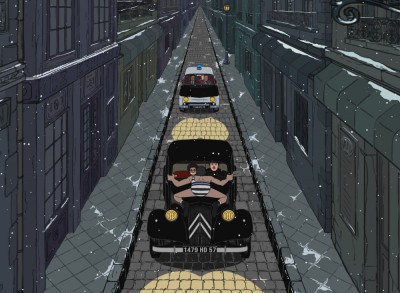 The title sequence was also released as a "music video" to promote the film: