Show us your drawings and animation made with the TVPaint technology here !
Post Reply
53 posts

I think if 2D is to die it will be because of, as Hayao Miyazaki says, lack of skill with the pencil. Those who have the skill are getting old and already are, or will soon retire. Young people want to learn 3D and go into video games. When you look at older work, you see so much magic done by hand, but today, because of over reliance on computers, you never see a car or bus driving down the street that isn't CGI. That's just one example of a vanishing skill. Video game work also pays better, and students want to learn what will get them a good job.

I don't think it's true.
3D is (was ?) a fashion and when it became possible for many people to try it for a low budget, many students wanted to animate in 3D.
Producers and distributors loves fashion : that's why they force you now to watch films in 3D stereoscopy while 50% of people cannot see it and the other half don't really appreciate it.

However, I can tell most schools here in Europe and US are still teaching 2D and I can even see some hipster students who want to animate on paper. There is even a new movement with schools specialized in 3D / Video games who realize how 2D is important to make good animators.
Top

More glimpses of TVPaint in these making-of videos about the Peanuts movie. 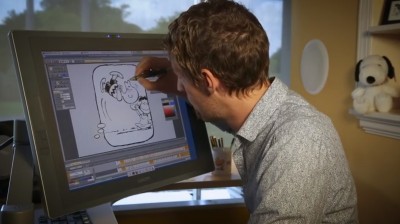 An article by Mashable, describing how The Peanuts Movie was created, and how 2D elements were incorporated in it, using TVPaint : http://mashable.com/2015/11/05/making-t ... b9NSLKGkqw" onclick="window.open(this.href);return false; (we can even see TVPaint interface in it !) 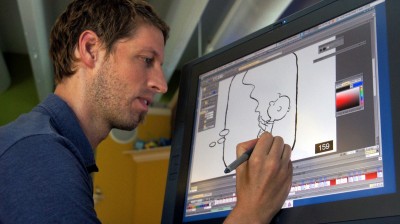 FYI :There was a conference during the CTN Expo 2015 where BlueSky people discussed a little bit about their use of TVPaint.

Thank you for sharing this video David !