To talk about animation Annecy, CTN Expo, Zagreb, Ottawa, Hiroshima... and many other festivals !
Post Reply
13 posts • Page 1 of 1

and last, but not least, in the "graduation films" category,
the excellent short "Beton", by Ariel Belinco and and Michel Faust,
This movie was their graduating project from Bezalel Academy of Art and Design, Jerusalem,
you can see the film (low res.) at : http://www.aniboom.com/Player.aspx?v=2359
Top

Hervé, Patrice, Rony and I will be in Annecy.
Will you be in Annecy too, Peter ?
Fabrice Debarge / Beta-Team member / Author of the user-manual.
Top

if you want to watch the Gobelins/ Annecy openers vintage 2007,
it's here !
2 films are online now, "La grande Arche" and "Keep Walking",
and the next ones will be online, one per day.
"keep walking" is my favorite ...

nice work this 3D(!) film from Luis Cook, UK director at Aardman studio,
"The Pearce Sisters" is actually one of my favorite for this year's competition.
... more about it there.
Top

hourra! ... "The Pearce Sisters" got the Jury's special award !

We are back from the Annecy festival, more informations will be available soon !!!

) and Michael FAUST got the Special Distinction in the "graduation films" category (ex æquo with "The Wraith of Cobble Hill").
Top

Here are some news :

We encountered several schools from France and other countries. That was a big work for us to show the software to everyone in the MIFA !
We were tired at the end of the weekend to be sure, but we also realized that we had been part of something very important.
A lot of school teachers were very interested and want now to use the TVPaint Technology.
We will certainly post new pages on the website regarding those schools.

Some students, which were already working with TVP Animation, showed us there work.
We encountered also Ariel BELINCO, the creator of "Beton". Congratulation for the "ex æquo Special Distinction". !

We also installed TVPaint Animation on the Cintiq of the Wacom Booth. (So we had a "double Booth"

). Maybe it is the sign of a future partnership between TVP Animation and Wacom ...

More informations and photographies should be available next week, we will firstly to exchange our photos between us before posting them in the gallery or forum.

Thanks to all those we encountered during the Annecy Animation festival. 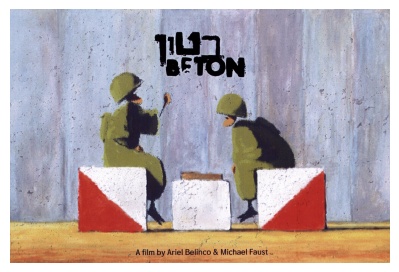