This tutorial: https://www.youtube.com/watch?v=YayOsWHXQZo is helpful , but it glosses over the Folder Name Pattern options and File Pattern naming options too quickly.
(at 00:53 - to - 1:00) .

It is not clearly explained how to set up the folder names and file names. In actual use I find the Folder Pattern naming and File Pattern naming is very confusing .

The way the Folders and File name structures are set up with naming structures like:

is not intuitive at all. I look at the tutorial and the page in the user manual , but I still don't really understand what these symbols and numbers mean. I feel stupid. I don't understand which symbols to use to name my folders and files correctly.

Does anyone else have this problem or is it just me ? (I get depressed when software makes me feel stupid ... I can usually figure things out if I stick with it long enough , I'll go through it step by step , over and over until I get the correct results , but I've spent hours trying to figure this out and I still don't understand it.

Can you make a more detailed "cheat sheet" explaining precisely what all the odd little symbols , brackets, % , and numbers mean AND showing why a user would type in a certain pattern of symbols vs. using another pattern of symbols to name the folders and files correctly ?

However, the process does not go exactly the same as shown in the tutorial video .

2.) In the video when the instructor selects the json file , P30_BG02.json , (at video time stamp 4:26) it is shown automatically opening up in After Effects with all the layers arranged in the AE timeline ... but this is not the result that I get when I try to do the same thing. I select the file P30_BG02.json , but then in AE is only shows one folder called p30_BG02 (which is not placed in the timeline) and inside that folder is only the BG and that does not seem to have any image visible . None of the other layers are imported. Clicking on the BG composition doesn't do anything . It appears to be empty .

This what I see in AE after I run the script and select the json file P30_BG02.json - 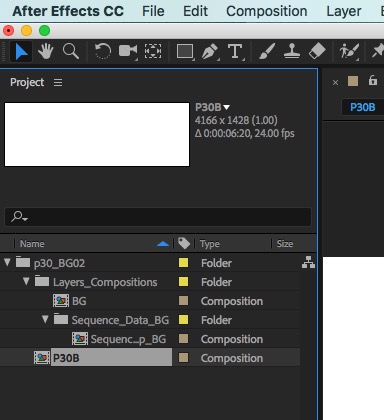 I searched back through the forum posts to find the TVPaint Export/AE Import scripts by Mads Juul (updated by Duduk) , here:

and it works perfectly. All layers come into AE . (but does not have the option to import the Camera from TVPaint, but that is not a huge problem for this current project) .

The updated Mads Juul/Duduk scripts can be downloaded here :


I still look forward to finding out more about the JSON export from TVPaint and what I'm doing wrong , but for the present my crisis (to get these files delivered by the deadline) is over.

Hello, D.T.
I pointed out this problem in the Japanese User Forum.

You can understand this column to some extent by turning on the tool tip.
In Japan, we always use the following patterns.

In Japan, we always use the following patterns.

That naming pattern works very well. Now when I import the json file into AE all the layers appear in the AE timeline as expected.

because I do not have a registration on the Japanese forum , but if you were to post that custom panel here I would appreciate it.
(this will save time with students at the school where I teach animation. Part of the problem is as you say , it is troublesome to have users
set the naming patterns every time.)
MAC OS 10.14.6 , Macbook Pro Retina 15-inch, Late 2013,
2.3 GHz Intel Core i7, 16 GB Memory , TVPaint PRO 11.5 - 64bit ,
Wacom Cintiq 21 UX ,Wacom Intuos Pro 5 , Wacom driver version 6.3.38-2
Top

I attach custom panel "ExportJsonAuto".
I confirmed the following problem with TVPaint 11.0.8.
· When you press the export button of TGA, it will be output by PNG

It solves by the following method:
Open the "Format" selection once on the export screen. 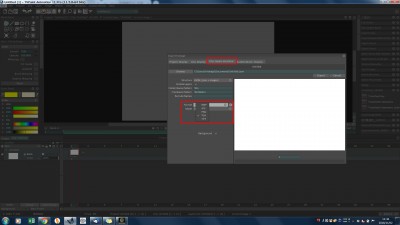 I hope that you will be useful.

Thank you for the custom panel.

I'm glad to help you.
In Japan, the software called RETAS STUDIO has a large share, and in that workflow TGA · anti-alias OFF · background white is used.
This data format is old specification, but it also has the advantage of being light in operation in After Effects.
Although it may not be worrisome in recent After Effects, PNG has the impression that reading and display are a bit slower than TGA.
TVPaint 11.5.0, Windows10 Pro, DELL Precision M3800 / TVPaint 11.5.0 Mac OS 11.0.1, Apple Mac Pro(Late 2013) & Mac OS 10.12.6, Apple MacBook Air(Mid 2011)
Top