To talk about animation Annecy, CTN Expo, Zagreb, Ottawa, Hiroshima... and many other festivals !
Post Reply
7 posts • Page 1 of 1

So how was it, guys? Did you have a good time?
Have you seen any great shorts or features? Met any animation legends? Any buzz on new projects starting up...?
Any photo's?
Michael Sewnarain - Website
Windows 10/64b - TVP11.0.8 - Pro/64b - Cintiq24HD
Top

Thank you for asking Sewie

Yes, we had a great Annecy. The future features of the version 10.5 had a lot of success with studios and schools. We had a lot of people on the booth.
It's great now because, in comparison with few years ago, people are not asking anymore "What is TVPaint ?" but "I've been talked about TVPaint, couls explain me more ?"

Fabrice and Eric2 could enjoy the WIP of Loulou's secret (by Prima Linea) and I enjoyed the WIP of The Song of the Sea (by Cartoon Saloon + Noerlum and Studio 352).
I was really moved when I see the animations and backgrounds... and the music made by Bruno Coulais was so great. It was really a pleasure and a honor to see that 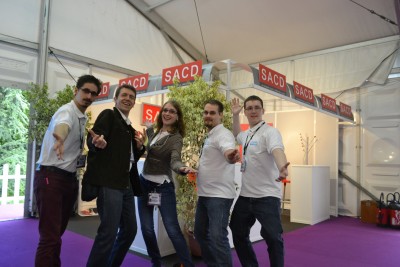 (we were in advance at the MIFA and couldn't enter, so we took a group photo :p)
From left to right => Léo, Fabrice, Me, Thierry and Eric2 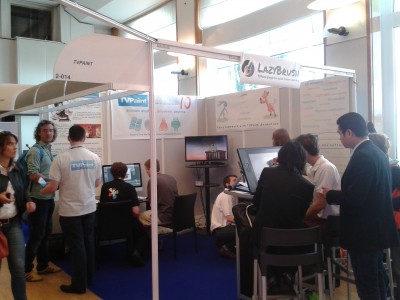 I haven't take many photos, so I think my colleagues add new ones

As Elodie told you, it's a big and great mind shift. Everybody have heard about TVPaint, there were not anymore "TVPaint? What is that?"
And that's so cool!

We were near to the Wacom's booth, where they have shown their last Cintiq with some drawing softwares and guess what...
TVPaint has been shown on their tablet. 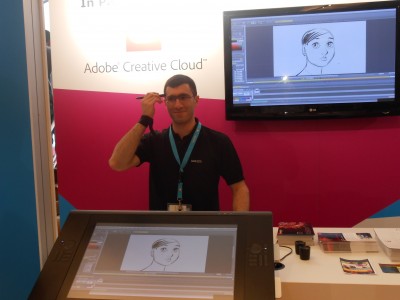 In three days, we've met so many people, so many artists, animators, creators, students, teachers, begginers, expert... and even the French minister of culture.
We would like to thanks all people who came on our booth.
Many presentations and advance lightning has been done during this short time in the imperial palace: 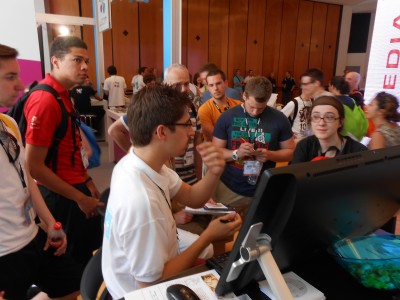 During all the festival, on our booth, we had many diabetic nightmares 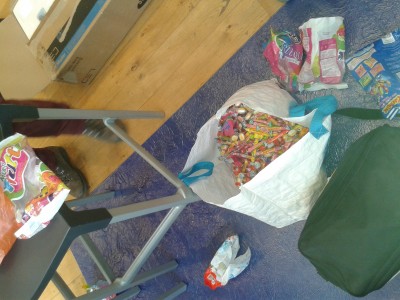 See you next year

Good to hear (and see) that TVP is doing well in the community.
Nice photo's, guys! I especially like the group photo.


We were near to the Wacom's booth, where they have shown their last Cintiq with some drawing softwares and guess what...
TVPaint has been shown on their tablet.

Si votre question a trouvé réponse, marquez votre sujet comme Résolu.
If your question has been answered, mark your topic as Solved.
Top 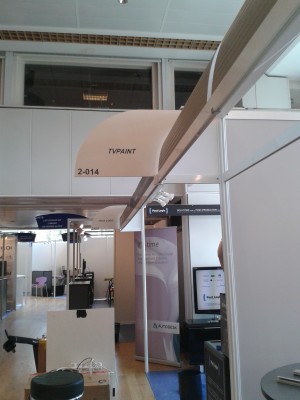 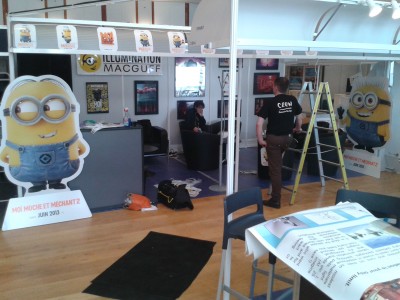