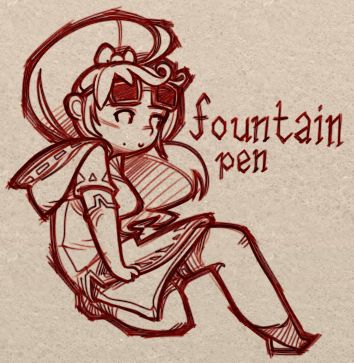 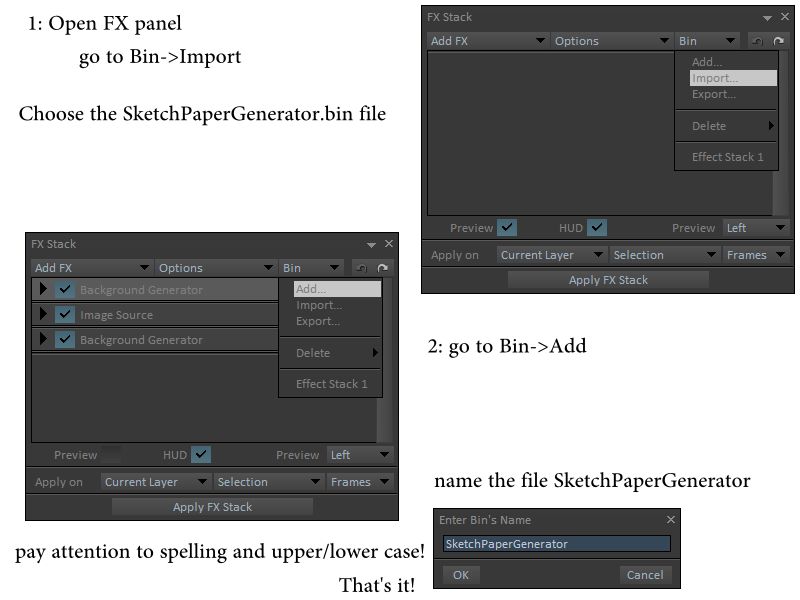 Then drag/drop the FountainPen.tvpx file onto the TVP window.

I remember I loved to draw with such pens

Thank you very much for sharing

by lemec
Fixed some problems with the last update to the paper generator. Also, added an Effect mode so you can randomly generate paper over a span of frames.

moved some of the sketchbook Paper Layer commands into embedded scripts

by jlahham
This is a great script man, way to go.

by SinusMagnus
this is awesome ! thank you

by Bestexecutive
It's Really nice! i like this pen.

by Bestexecutive
I tried using an Ultra-Fine Point Sharpie since it would at least produce a strong line. But I found that the ink flowed too quickly, bleeding and spreading if held in one spot and worse, showed through to the other side. I also tried the Pitt Artist Brush Pen on this page, which worked OK but was a thicker line than I like for general sketching. The black ink in the finer-point Pitts seemed paler than the Microns, but it might also be that they resist the sizing on the paper more.
Prismacolor Illustration pens are similar to the Sakura Pigma Micron and Pitt Artist Pensand are very nice and comfortable to hold. But they too performed poorly on the Arches CP. Then I tested my Aurora fountain pen and was delighted to see that it was a pleasure to write and draw with on the Arches CP paper.
All times are UTC
Page 1 of 1
Powered by phpBB® Forum Software © phpBB Limited
https://www.phpbb.com/