It's useful to be able to temporarily flip (mirror) the image horizontally or vertically , but when doing it from the View menu the mirrored image is only temporary . If it is accidentally left in the mirrored view , when you go to export the project it will be exported in the original view. This is different than applying from the FX Stack > Distortion > Flip (horizontally , vertically , or both). FX Stack flip horizontal or vertical is permanently applied , but View menu > Flip > Horizontally (or Vertically) is temporary.

Because of that , I think when using Flip Image Horizontally or Flip Image Vertically from the View menu it would be useful to have a little marker superimposed over the flipped image , either Flipped (H) or Flipped (V) to alert the user that the image has been flipped. When it returns to the original orientation the little marker disappears.


The marker is inserted as a quick visual reminder that the image is in flipped/reversed mode: 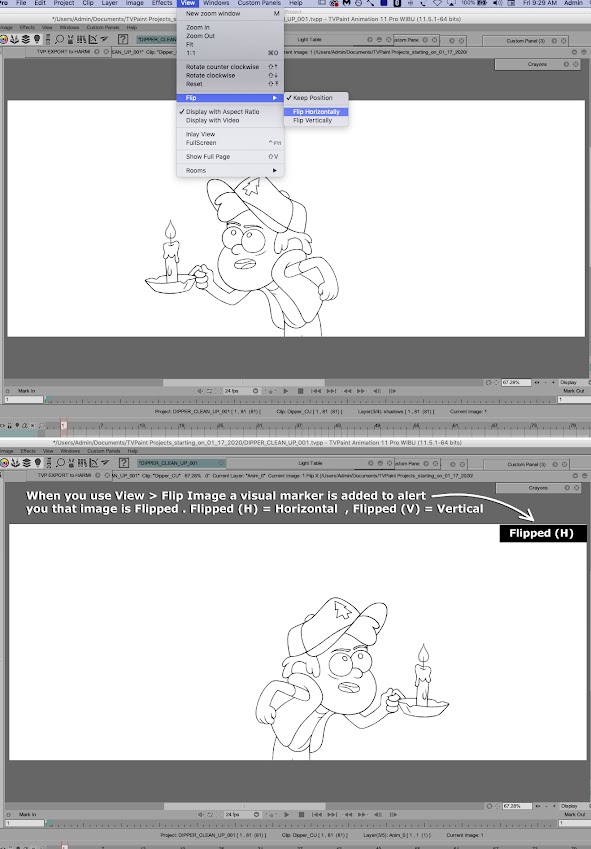 Thinking about this makes me wonder if the nomenclature of "Flip" should be reconsidered for this function, because the term Flip is also used in TVPaint to refer to the act of scrubbing or toggling quickly back and forth between drawings on the Timeline , to simulate the animator's traditional method of "flipping" and/or "rolling" drawings to assess how the animation is working. 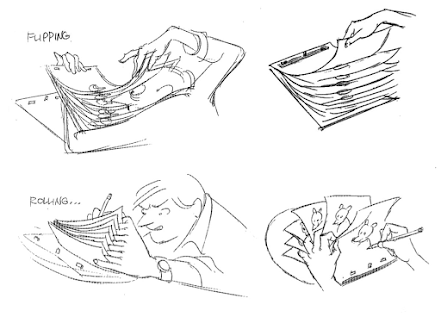 With the View menu > Flip > Horizontally or Vertically the word "Flip" is used in the sense of the image being "mirrored" or "reversed" (turned over) ... in the second case the term "Flip" (the Flips panel or keyboard shortcuts for Next Image/Previous Image / Next Bookmark/Previous Bookmark) is used in the sense of viewing a selected set of drawings forward and backward in rapid succession to assess the action.

I would be inclined to suggest renaming it "Mirror View Horizontal" or "Mirror View Vertical" , except in the FX Stack there is already an effect named "Mirror" which adds a perfectly mirrored image (either vertical or horizontal orientation) of the original image.

"Mirror" already exists in FX Stack, so maybe best not to mess with that , leave it as is:

I don't see the problem calling it "Mirror" in the View menu though. mirror to me also implies something more temporarily then flip

funny enough i have a bigger problem with the horizontal <--> vertical naming..

I don't see the problem calling it "Mirror" in the View menu though. mirror to me also implies something more temporarily then flip


Agree, but I worried there might be confusion (?) with shortcuts that already exist for the function FX Stack > Distortion > Mirror .

I also see your point about horizontal and vertical. It would be fine to have it as View > Image > "Mirror -Left-Right" and "Mirror - Up-Down" .

Whatever it is named , I would still request the temporary marker be added so at a glance the user can see that the image is currently in Mirrored orientation. 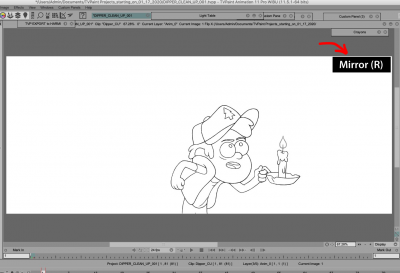 A marker would be great. Maybe a tiny icon would be enough, since it doesn't block that much of the image, but I like the idea a lot.
Top

I agree, putting a marker or an icon would be good.
I'll add it to the list!
Si votre question a trouvé réponse, marquez votre sujet comme Résolu.
If your question has been answered, mark your topic as Solved.
Top
Post Reply
5 posts • Page 1 of 1